Il respiro del mare is the first public sound installation based on the principle of electromagnetic induction. A red and a blue labyrinth on the wall, made of thick electrical wire, are not only visual elements but as well acoustic sound sources.
The listener receives a special custom made “cube” with a small incorporated speaker, originally a telephone amplifier which was modified by the artis. The blue structure contains the sound of the ocean, the red one a recording of the breathing of the artist. The sound can be heard by holding the cube close to the ear or by moving it freely in front of the cables. The sound channels can be mixed in different ways, people can improvise together with their cubes. The public actively takes part in the creation of the mix of the sounds. The technique is completely analogue. 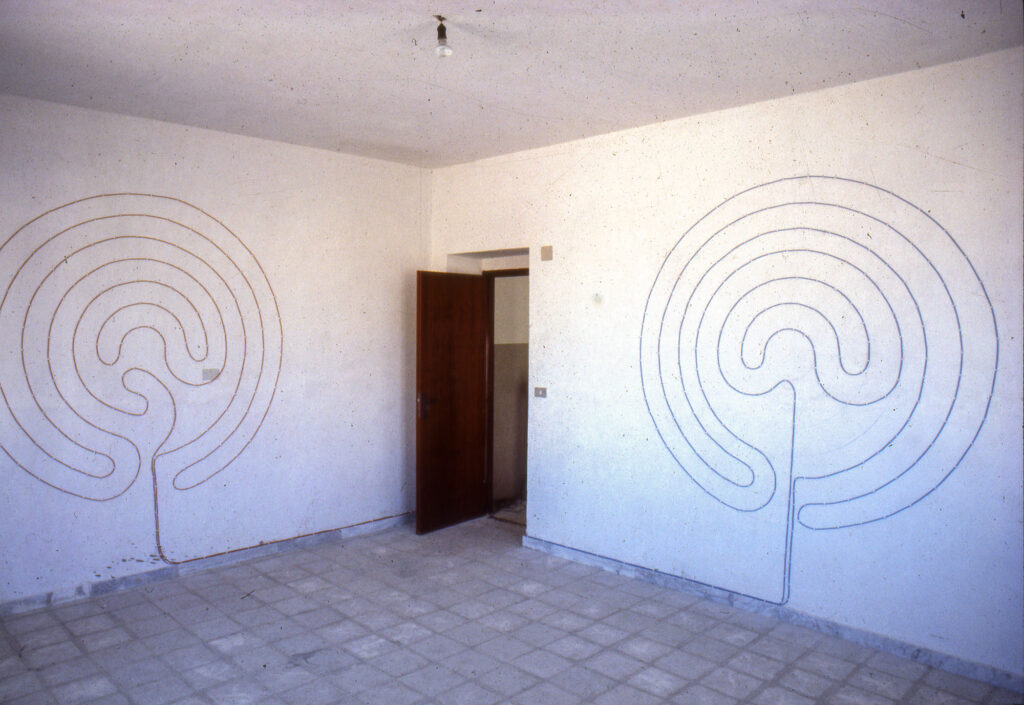 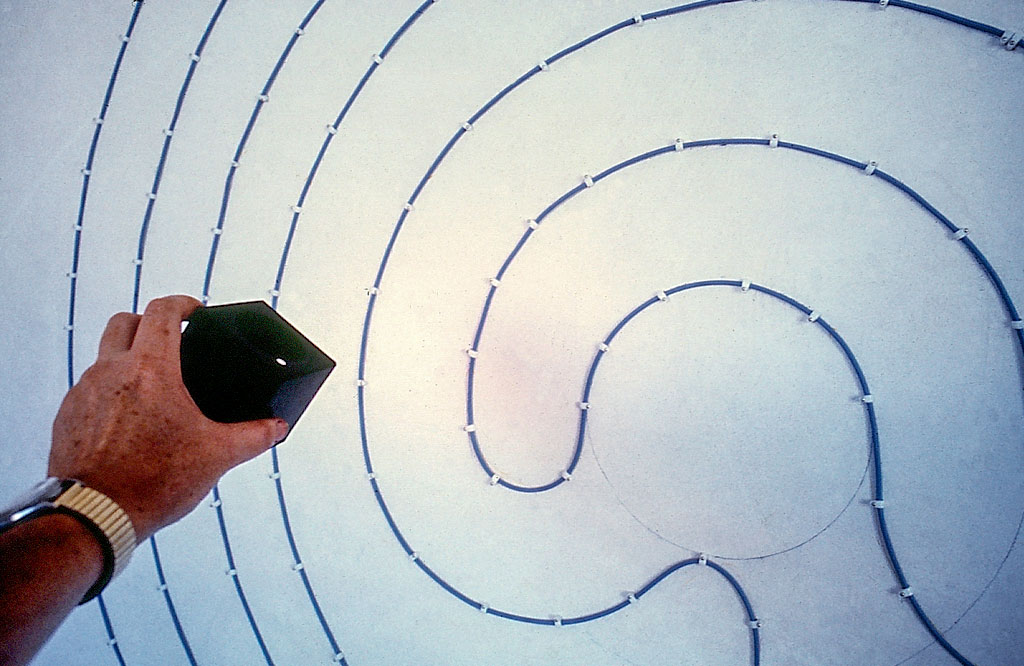 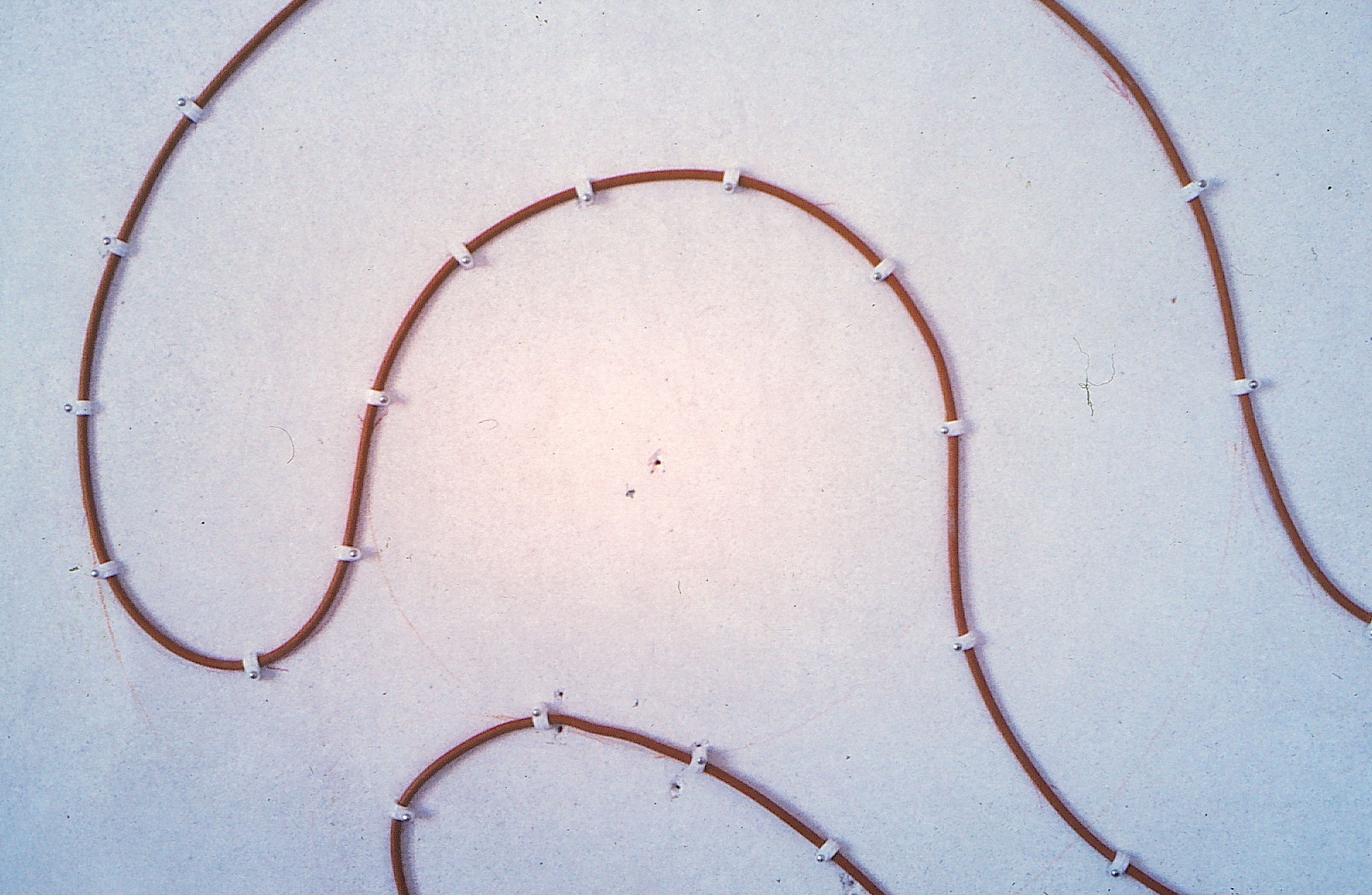 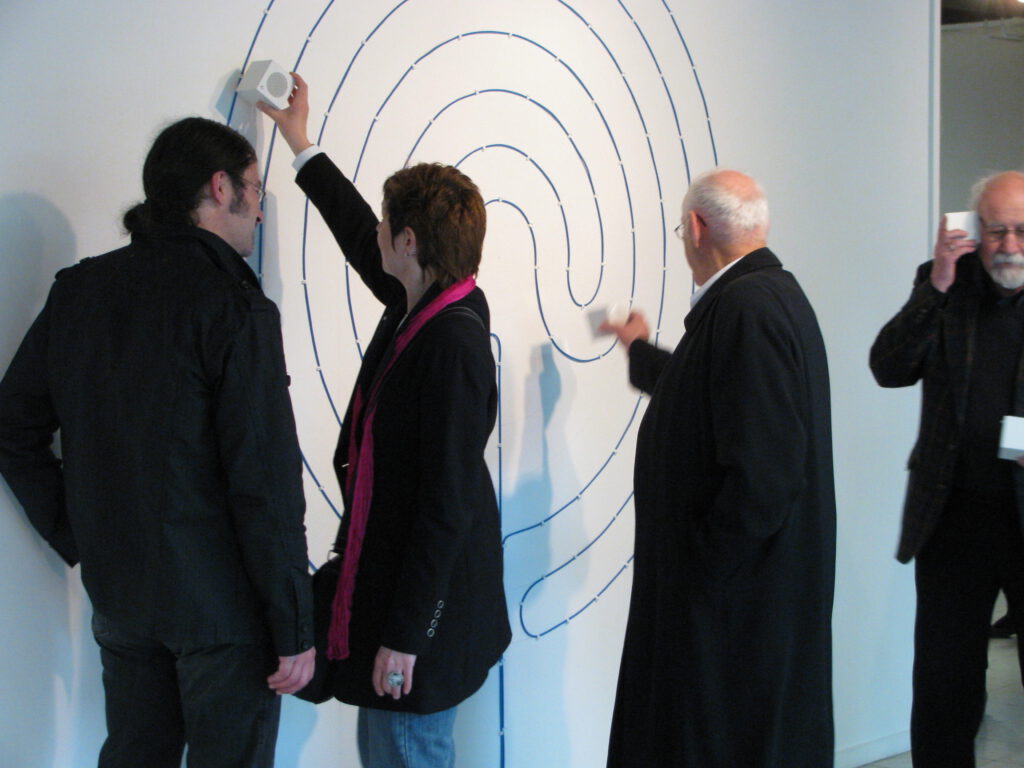 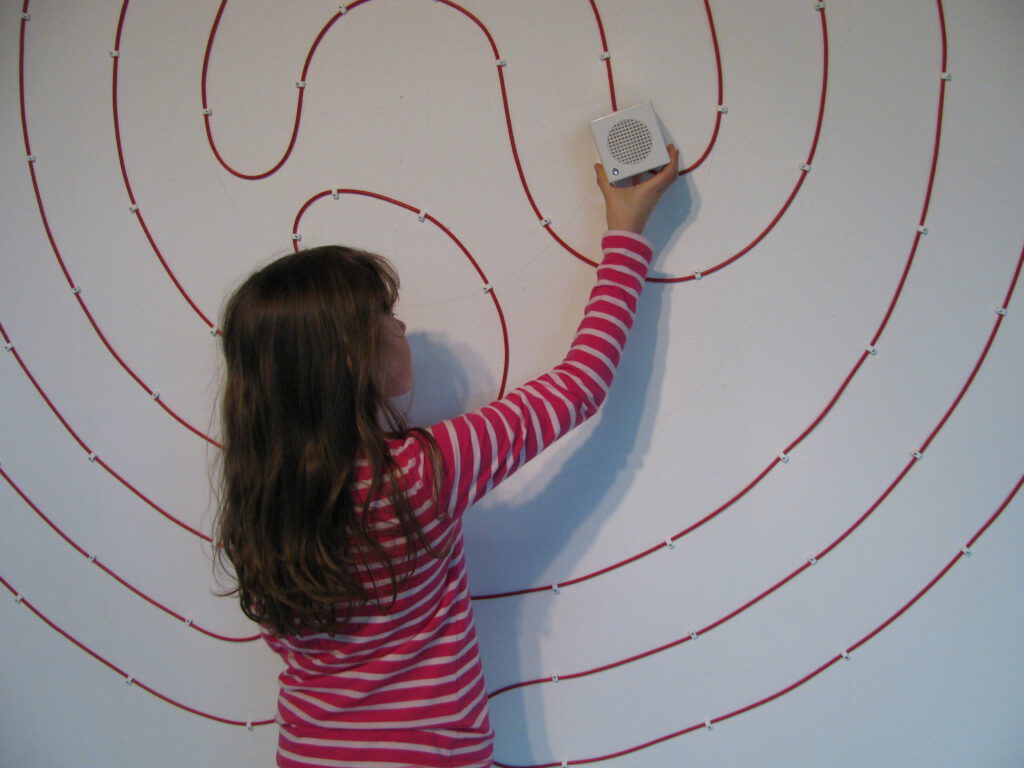