The True & the False is a cycle of works with fluorescent grinding disks, electrical wire, loudspeakers, UV light and multi channel sound.

The first installation was realized at the P3, art and environment, Tokyo (1992). The second version was realized  in Berlin  as  part of the permanent collection of the Hamburger Bahnhof, Museum für Gegenwart Berlin (1996).

The True & The False was shown  in exhibitions in Japan and Germany between 1992 and 2000. The Berlin installation will be reinstalled  in 2022 at the Hamburger Bahnhof Berlin in occasion of the exhibition “Broken Music, Vol.2”.

The first version used solar panels and small electronic devices (ultrasonic generators) as sound sources. The amount of electricity changed the kind and intensity of sound, variations depended on the amount of daylight, wheather conditions and season. The panels installed outside were connected to the sound equipment and light installation inside the exhibition room. Te ultrasonic generators sounded much like the crickets in the nearby park of the castle and thelig canges created many acoustic variations. In the Tokyo version the disks and speakers were lying on the floor, the electrical cable was painted with fluorescent pigments.

Twelve dark blue, corundum coated grinding disks painted with white fluorescent pigment are installed on a wall like the flowers of a plant.The grinding disks hide speakers behind them, each speaker is connected to a black flat wire.The wall installation is illuminated by a row of hidden UV-Lamps which activate the fluorescent pigment on the disks. The 12-channel-composition consists of glasses vibrating at various frequencies. 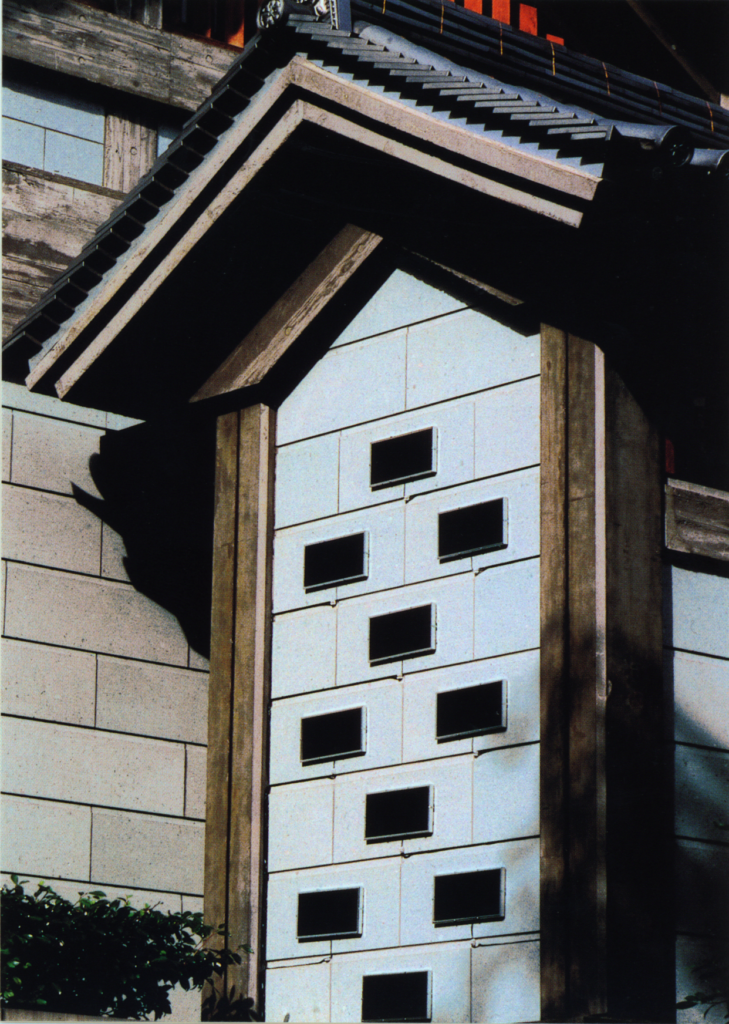 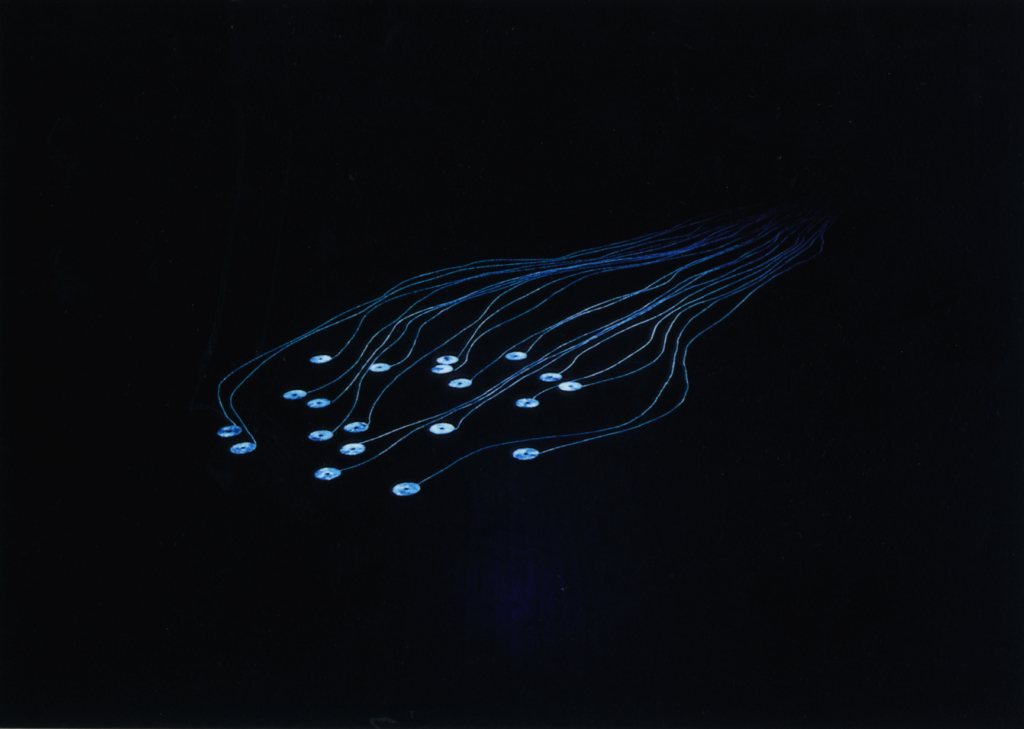 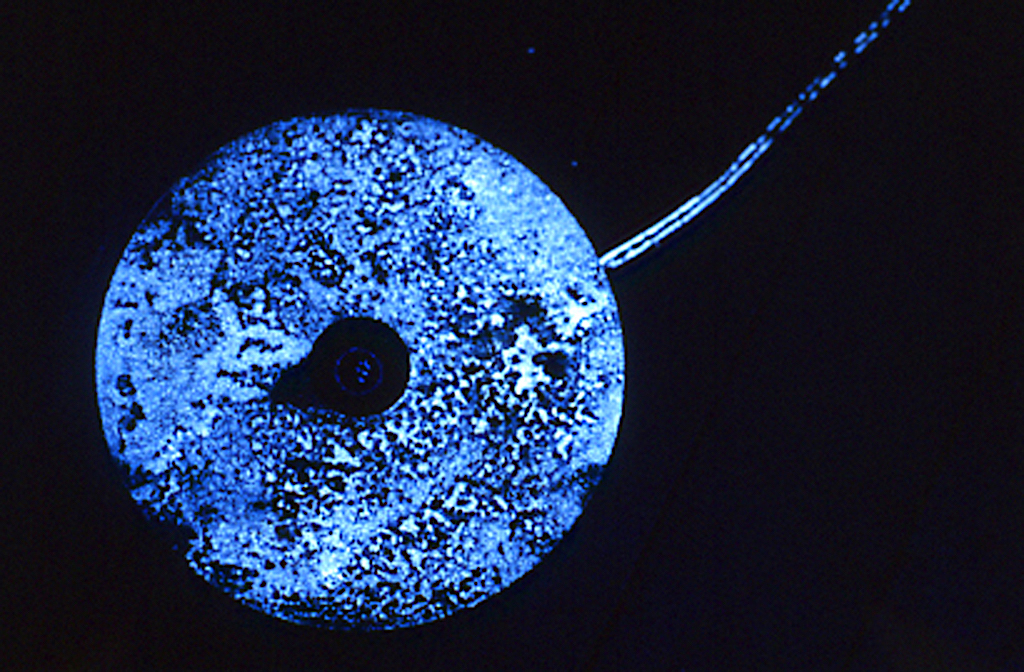 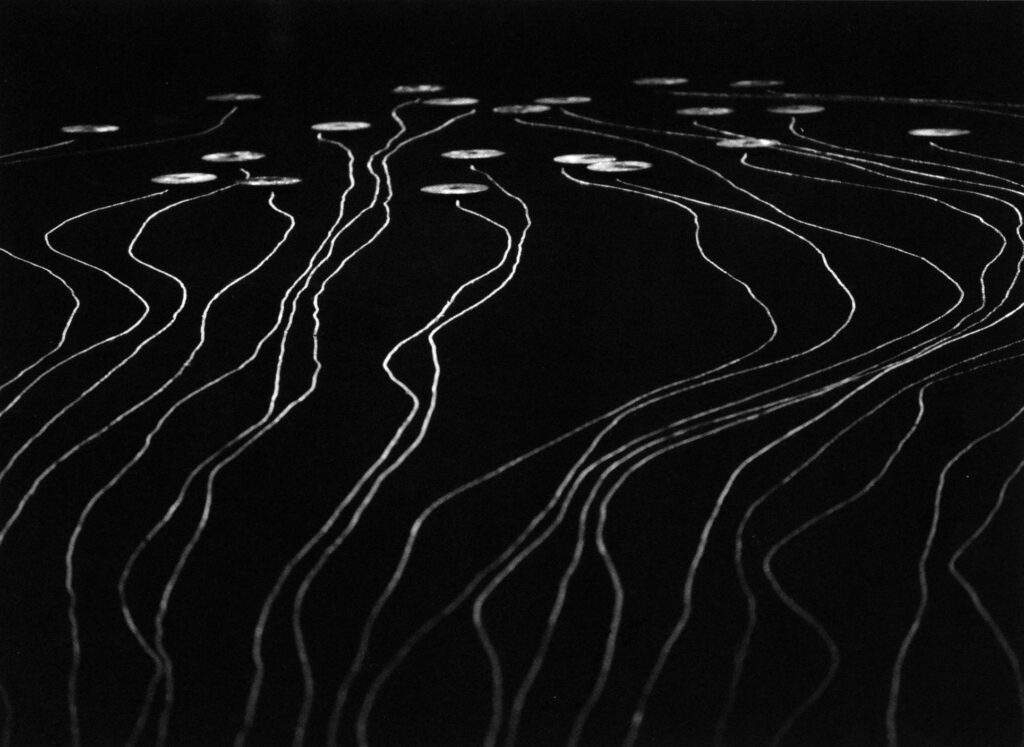 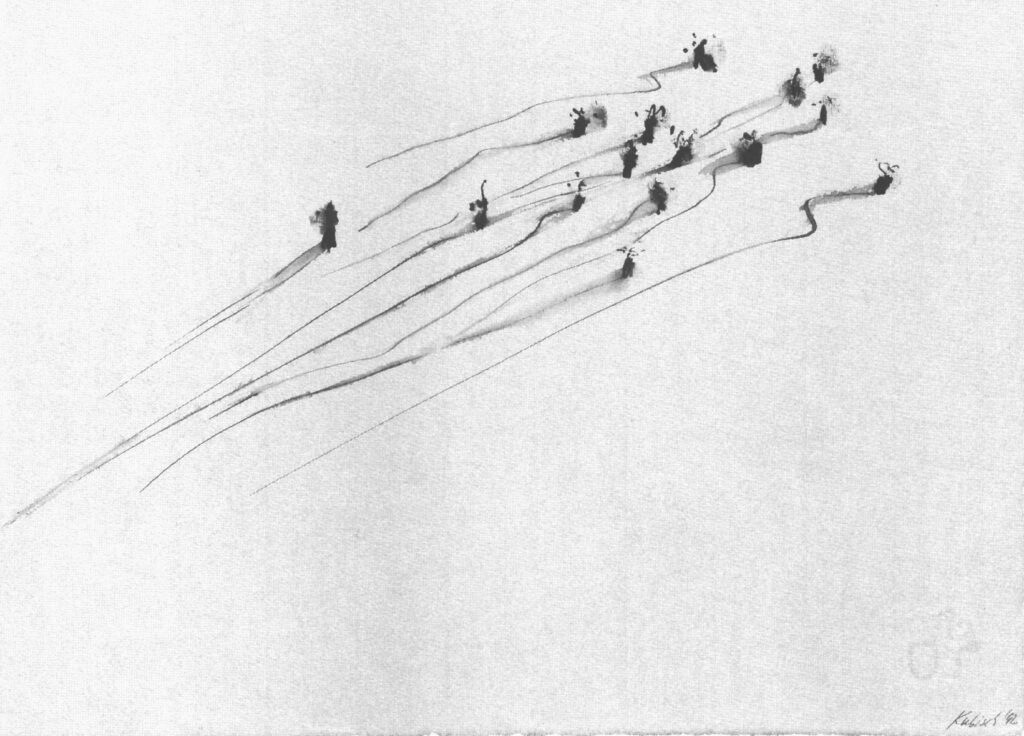 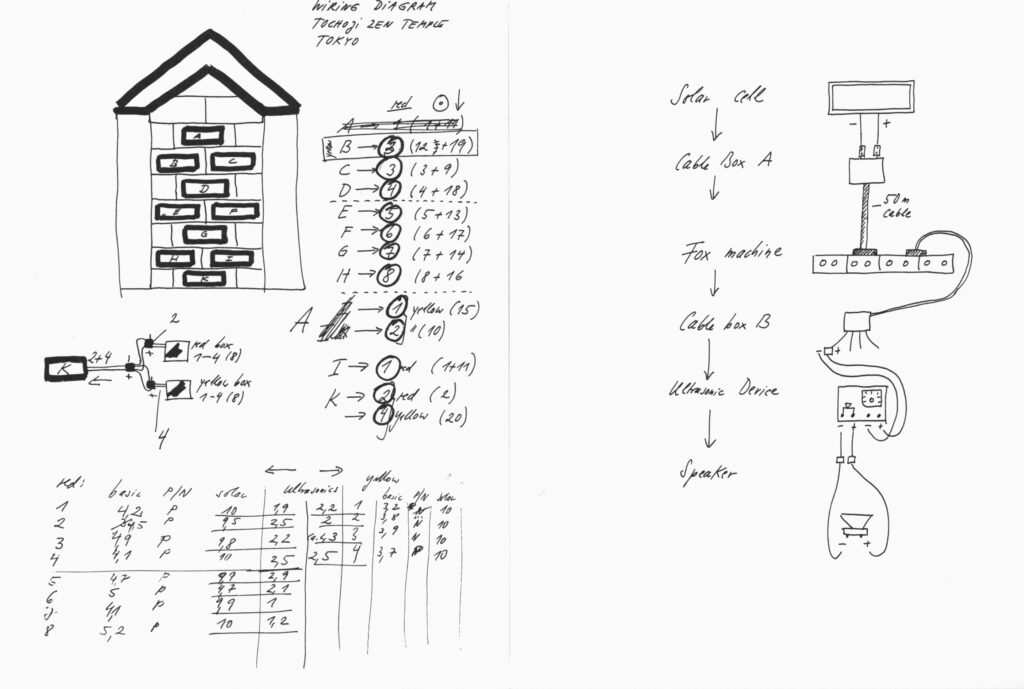